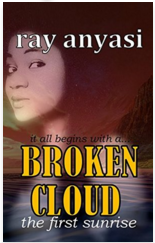 This land is cursed. It is indeed sorely cursed. No one on this land has ever seen the face of the sun. It is as the nearby kingdoms call it, a kingdom that floats in darkness.

It is said by folklore that at creation, the gods out of inexplicable disdain for the dwellers of the land stationed a mighty immovable slab of cloud over the skies of Iluji. This was the cloud that would not let sunlight touch the land of the kingdom. There was no day and night in Iluji, but sleep periods and work periods as decided from the palace and announced by the palace flute man.

It was in the early work period of a certain day when the Heir Apparent Prince made his routine fourth nightly visit to the King’s Flow. He had his usual company of Omta his best friend and cousin and Obi, his chief guard. If Heir Apparent Princes were allowed to keep their own Council of Chiefs, these two would head Prince Ikan’s.

“For once, a real job to be done in this visit,” the prince nodded at the river flow ahead. Tree trunks lay in the river; the ones with heavy branches did much to disturb water flow.

“Handiwork of the windy downpour at night,” Omta said, pulling his horse to stop.

“Come now muscles, real work to do,” Obi hollered at the company of palace guards riding behind him, “machetes and spades, jump in to do your Prince’s business.”

Before he finished saying that, his men were already stepping into the river. Some held torches while others got busy with cutting trunks and digging out roots of fallen trees.

The Prince climbed down from his horse and took a torch from the nearest guard. He walked closer to the bank. “I might need a drink,” he said to Omta. Then he bent to touch the flowing water with the tip of his fingers.

“The water won’t be settled yet after the rain of the night.” Omta said, “Is there any one with water from the palace? Your prince wants to drink.”

Everyone halted work and looked at Omta. Some were exchanging stares with each other.

“I guess not,” Ikan gasped at Omta, “I can wait till we return to the palace. Now return to your duties.” He said to the guards.

Further down the King’s Flow, at the part where the Ottes go to fetch for their Url masters, Sarie and Maril her friend had just arrived. They were among the earliest that morning.

“Oh dear gods,” Sarie gasped at the sight of the swell of the river. “How full the water is after the night rain.”

Maril toed her steps past her friend, being cautious of the slippery mud earth. She drew close to the river bank, bending over and holding her oil lamp closer to inspect it. “Our masters can’t use this water. We must wait till it is clearer.”

Sarie walked close to stand beside Maril. Maril could see the smile forming on her face and knew what it meant. She recognized the tight and thinning lips and the shallow dimples and the narrowing gaze.

Sarie put down her earthen pot and lamp. “Come quickly; let us take a bath in the river before the Ottasand Urls begin to pass by.”

“You are out of your mind, Sarie.”

“Don’t our masters usually tell us that Ottes are not worthy of possessing a mind?”

“Sarie, no. You will put us in trouble.”

“But no one will know about this. All the people around now are Ottes. They will not say anything to anyone.” She was beginning to lift the end of her light silk gown.

Maril seized her by the arm, “What if they tell? You know how they punish an Otte who defiles the king’s Flow. They will hang…”

“Yes, I know how they punish,” Sarie took a deep breath, “now can you let go of me?”

Maril released her arm. Sarie walked eleven paces from Maril and from her pot and lamp. The other girls were watching her as she put her first few steps into the river. She looked around cautiously. Then she bent a little to feel the surface of the water. She shivered; either from the chill of the river or the thought of her hanging on a tree by the river bank and watching her parents weeping for her. She kept walking in until the river had climbed up to her knees. Then she slowly pulled off her gown.

The girls around exclaimed in different tones. They watched in awe as if she was walking on the water.

“Oh Sarie, they will sacrifice you to the gods with pleasure.” Maril cried. She pulled her lamp away to hide Sarie in the darkness but the light from the lamp of the other girls made Sarie yet visible.

Meanwhile upstream, Prince Ikan reckoned that the work would take too long than he had the patience to stand around for.

“It just occurred to me that this visit in time past was to check and make sure the King’s Flow is not being defiled by the Ottes. What do you think about us riding down to where the Ottes fetch?”

“Yes, my Prince. We might even find more fallen trees to clear.”

“Pray to the gods we don’t because if we do, even you will grab a machete.”

“For that I am no fretful. You know me.”

They climbed their horses and rode off. The air was piercing cold, the flame of their torches fought hard to stay alive. Even their horses needed a bit more spurring to draw pace. The two young men, just outside their teenage days were no strangers to the cruelty of the chill outdoors. They were in their second season of life after their full Royal military drill conducted up around the mountain tribes. During this drill, they spent twenty-six sleep periods with little clothing and no real shelter. Yes, the mist from their mouths when they spoke were like from a boiling cauldron, but they had seen worse elements.

Sarie emerged from the water shivering with clattering teeth. She was walking to Maril, Maril was drawing closer with her gown.

“If you do not die of the cold then you will die of a rope round your neck. Sarie why have you done this stupidity?” Her voice trembled.

The other girls were staring with that brow of inevitable doom. Ottes have been hung just for fetching with a dirty pot. None has been hung for swimming because none had been that stupid.

“It is useless to begin to bother about the cause of death. Ottes die for anything, but while I was in there,” she nodded at the gently flowing river, “I felt for a brief moment what freedom might taste like.”

“Come let us fill our pots and get away quickly before too many eyes notice this riverside perturbation.”

Maril began to fetch water into the pot without waiting for Sarie to join her. Sarie was drying her hair with the cotton cloth she came with to cushion the pot of water on her head.

“See.” One of the girls squealed, “The prince.”

Everyone looked upstream. An assemblage of golden flames was descending along the bank. The royal banner bumping atop them.

“Your Heir Apparent Prince comes.” Someone exclaimed from the company on horses.

The slave girls in one orchestral move dropped their pots and ran to the prince. They were all holding their lamps above their heads as they knelt before his horse. The horde of them had formed something of a semi circle arched at the rare.

The prince, down from his horse, paced a straight line in front of them. His hands held behind him after he had taken his time to tighten his leopard hide belt round the waist of his silk robe that glowed a blood red under the flood of yellow light from nearly a hundred Ottes oil lamp.

“You have been treating the King’s Flow with righteous dignity, I would hope.”

“Yes, your grace.” They said, not in a perfect chorus, some voices coming in late.

“And you have been serving your masters with pure-hearted diligence?”

“Yes, your grace.” This one was in better unison.

The prince nodded. “May the gods of my fathers favor and reward you rightly. Now return to your duties.”

Maril was among the first to rise and she pulled Sarie along with her.

“Waste no time now. On our way quickly.”

“For a brief moment there, I thought he had seen me leave the river or that someone in his company who saw me would report to him,” Sarie said.

“The gods of his fathers do not seem to be in the mood to drink the blood of a helpless Otte right now. Let us leave before they change their minds.”

Prince Ikan had four guards perambulating his surroundings. Omta stood by his left.

“That Otte there, the one just putting her pot on her head, wearing the brief gown, is her.” Omta said to the prince.

“The one in company of the tall and slender one with cut hair?”

“They call her Sarie.”

“Who allowed an Otte carry a name like an Urle‘s?”

“Summon her right away.”

Omta waved a guard to come. “Get Sarie here now.”

“The Otte?” The guard widened his eye balls moronishly.

“She is in the company of Maril and they just entered the home bend.”

The guard dropped his spear and disappeared. He hastened down the road, calling Sarie.

Sarie stopped. She turned around with her pot comfortably on her head without her holding it.

“The prince calls.” Said the guard.

Sarie’s feet grew tap roots that held her firm to a place. Maril put down her pot and helped Sarie bring hers down. She touched Sarie’s naked shoulder.

“Me?” That was all Sarie could get her lips to mumble.

“Yes, you idiot.” The guard said as he seized her wrist. He dragged her away.

Continue reading or see ratings for Broken Cloud on Goodreads. 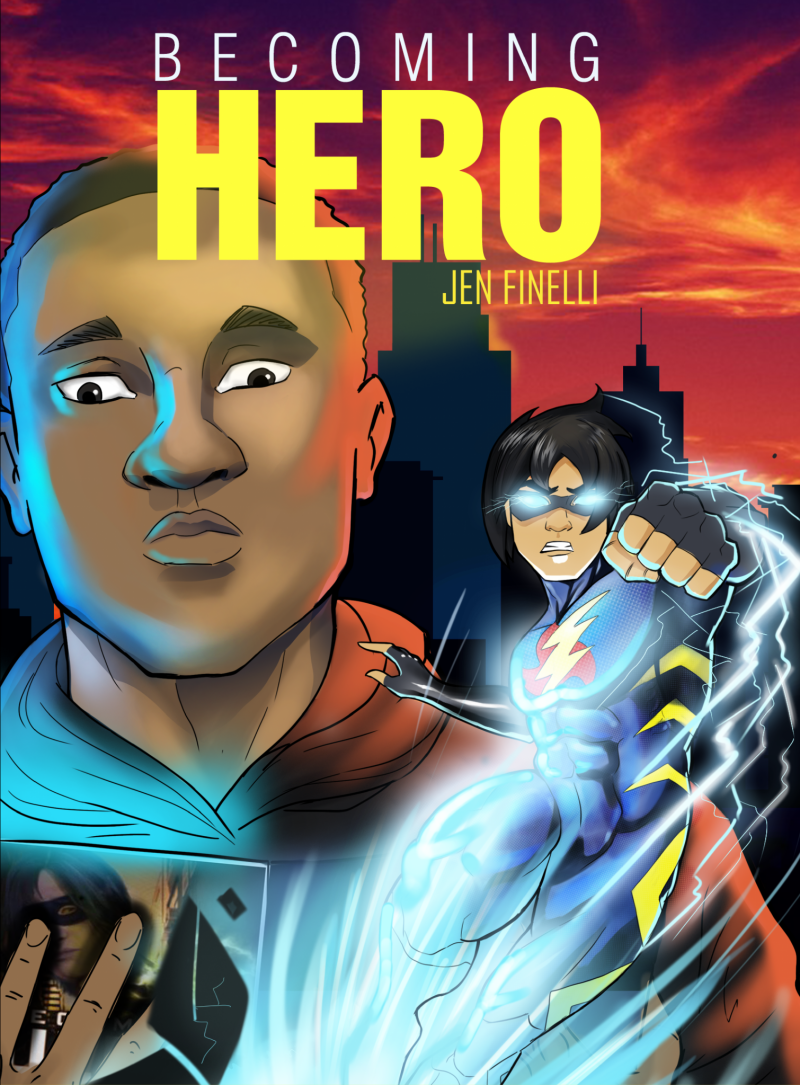